hen you think of a mime, does something like this come to mind?

Sure, but what happens if you splash them in make-up remover? Are they still mimes? Oooo deep man.

Don’t worry, we’re not going to wax philosophical about the definition of the artist or Theseus’ old rowboat, we’re about to debunk some common misconceptions about what a modern day mime artist definitely isn’t!

Why bother? Well, mime has it’s tendrils in so many actors’ practices (see Famous People Who Use Mime), creates self-sufficiency in performing (why bother casting a love interest when you can just use a coat a la The Artist) and can future proof a performers’ career (um… ever heard of CGI?). A whole world of possibilities opens up if you start thinking outside the invisible box…

But What Is A Mime Artist?

Okay, fine, before we start, we probably should give you our angle on what a mime actually is…. Firstly, whether you say Mime or Mime Artist is down to personal choice and is generally considered to be interchangeable.

(If I just said something thoroughly outrageous, please let us know in the comments below and we can have a good ol’ chat about it)

At the Les Bubb School of Mime, we prefer the term Mime, just coz. Although while Les is most commonly referred to as a mime, the craft cuddles up on the Venn diagram with The Clown and Le Buffon. As Les is strongly influenced by Gaulier’s Le Jeu (play) mind-set, he’ll happily break with the cliches and conventions to do the thing that’s most interesting at the moment.

And actually, that’s why Les totally rejects any kind of definition:

“[Mimes] should all be different individuals. I see definitions as a kind of cage within which you are expected to occupy. Even while live-performing I usually never remain ON the stage if I can get away with it safely… Personally, I wouldn’t define ‘mime’ other than to say it’s an excellent creative ’tool’ and the most truthful you can be on stage without actually singing your heart out! I leave the defining to folk like you… intellectuals, writers, explorers and inquisitive people looking for certainty. I think ‘Analysis' leads to stricter borders and I have come to believe rigid rules close down creative possibilities. Everyone will regard a mime based on their own life’s experience. It doesn’t matter… as I heard the character Frank say on ’Shameless' a decade or so ago:  “opinions are like arseholes. Everybody’s got one, and they all stink.”

Get aboard the Good Ship Cliché. We’re going in.

There are So. Many. Puns. And they’re all genuinely fabulous. Most of them are about the fact that mimes can’t speak.

Sorry folks. Talking is totally allowed. You don’t stop being a mime because you open your gob.

As Les says in the quote above, “[mime is] the most truthful you can be on stage without actually singing your heart out!“ which I’m sure would transgress many health and safety regulations.

We’ve got a bunch of great Mime Quotes from some of those mainstream peoples you might have heard of if you fancy reading more about this.

So, there you have it. Sing, dance, laugh, shout, natter, mumble and cry - and don’t you let anyone tell you that you’re not a mime.

So we have a lot of culprits for this one. Mime sprung up independently in many cultural traditions around the world. Many traditions used masks from Japanese Noh around the 14th Century, the Greeks from the 5th BCE and the Italians in the 16th to name a few.

Imagine you’re behind a heavy mask and you’re trying to show someone veeeeeeery far away just how sad you are? Exaggeration? Precision? Slow Mo? Gold star for you. This is the genesis of mime.

The white face is thought to have been introduced around 400 BCE and is credited to the semi-legendary Athenian king Theseus, but that was back in the day when the monarch just took the credit for pretty much everything until their epicness oozed out their eyeballs.

Whomever the credit sticks on, painted white face is thought to be introduced through a series of dances as a precursor to pantomime which was a  precursor to... this, that, and the other - you get the idea.

I want to be wary of glorifying the Ancient Greeks here as this habit is potentially just a bad imperialistic hangover. Body painting in Africa has been dated back over 10,000 years being used in ritual and dance. There were land trade routes between Thebes and the Ancient Egyptians so the winner of Origin Wars might still be unclear.

Marcel Marceau created a character, Bip, which he almost exclusively used through the latter part of his career.

Marcel Marceau deserves his spot in Mime History (his birthday was chosen for World Mime Day) for his technical virtuosity and artistic power.
However - in the same way you can have a wildlife documentary without David Attenborough, there can be mime without Bip.  One of the reasons Bip was so collosal was that Marcel's fame grew hand-in-hand  with the rise of TV - and radio shows loved to interview a mime, you know... because they don’t talk… so it was funny… yeah.

The striped shirt, often associated with French and sailors has its origin exactly there. Known as the Breton shirt or Marinière, Coco Chanel launched it into the fashion world enjoying the cultural juxtaposition between kuxury and practicality. In the 1940's it wasn't just Marceau sporting the fashion, but also John Wayne, then Jean Cocteau, Pablo Picasso, and Brigitte Bardot.

The buttons and clownish garb can be directly linked to another influence of mime - the Italian Commedia Dell'Arte - and particularly the character Perriot.

It's not wrong to nod to these influences, but don't feel bound by them. Basically, wear whatever you want.

(On a side note, when Les and I were talking about this he made the great point that it’s hard for a mime to run away from the police because if you’re choosing classic cliché mime for the cash monies, it’s pretty hard to blend into a crowd. Just wanted to share that wonderful slice for your imagination to tickle you with.)

Again, popularised by Marcel Marceau when TV became a thing, however, there was something about France that allowed street performance in particular to flourish. As you’ll see in our Greats of Mime post (coming soon), over half are of the French persuasion. While mime can be used for many purposes and in many ways, solo streetcraft is probably how one accelerates their craft most quickly because it doesn’t rely on gatekeepers.

Les studied in France and took classes in the morning and hit the streets in the afternoon to hone his craft daily. Often competing with other street performers and calling it a day when the church performances dominated the square Les recalls that it was really easy to see who the committed students were - often the ones with limited financial resources for whom failure wasn't an option.

With strict regulation in the UK and the rise of video as social, we hope to see solo mime shows start to flourish again in new and innovative ways…

“It frightens me. Because a mime, basically, is a clown you can’t hear coming.”

That was a (yes alright we can admit it) pretty funny quote a la Sue Perkins when she appeared on Room 101. Les did a brilliant job of saving mime (you can watch the whole clip here) but we do want to acknowledge that she’s kinda right.

I have a love/hate relationship with audience interaction. I only love it when it’s happening to other people. Turns out, consent is a thing - and it’s exactly this line between mischief and harassment that every street performer must learn.

Les recalls that street mimes would often deliberately get in the way of people doing their own thing, forcing their illusions on other people. Why? When someone disrespects their illusions, or better still, joins in with them, the street performer can react to them which gives them content fodder.

Street mimes would also get in-step with passer-by, follow them closely and exaggerate obvious physical idiosyncrasies while they walked through the performance space. Les notes that occasionally these were very un-PC back in the ‘bad old days’ and there were quite a few in the American streets.

Now we’re not trying to hate on street mimes here, everything in life has its fair share of idiots, but they left an impression. With the decline of street performance in the UK, these old outdated practices haven’t had the benefit of a gradual update to modern values.

Speaking of which - would you like to be part of the next generation in mime? You don’t have to want to be a mime to learn mime, we have amateur and professionals from many disciplines in our classes including photographers, dancers and storytellers as well as actors, mimes and those doing it just for the joy of moving. We’re not going to hold it against you if you want to lean in to any of the above (they’re clichés because they work), but you can also help redefine what people think mime is.

Sue Perkins goes on to say,

“All other art forms say something about love and loss and guilt and hell and pain and the human condition and mime says - Look there’s a wall.”

Take a class and let’s update the narrative. 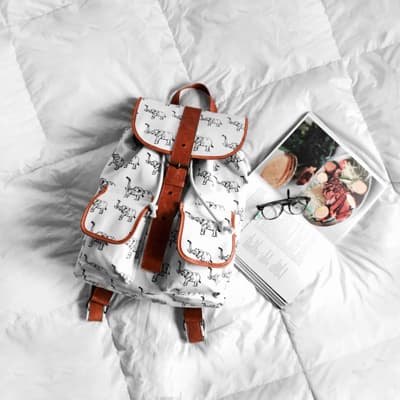 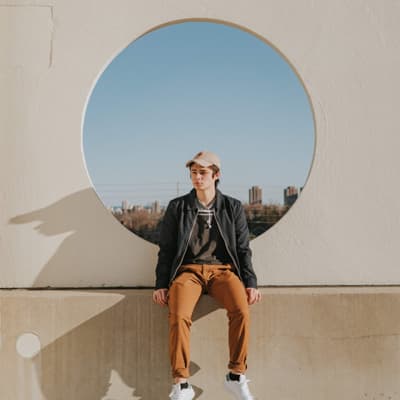 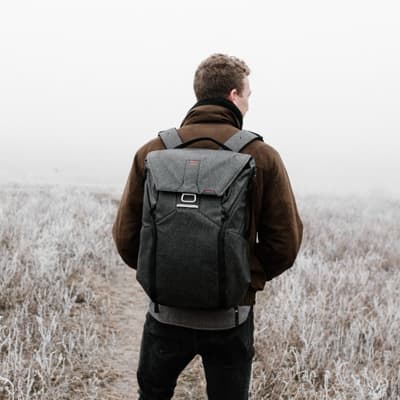 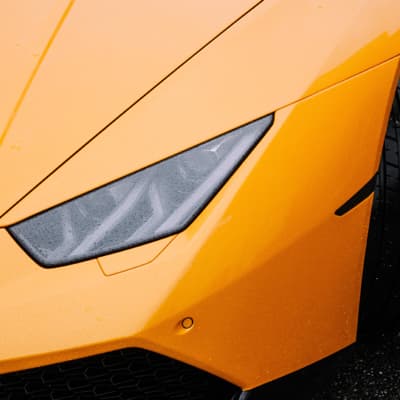 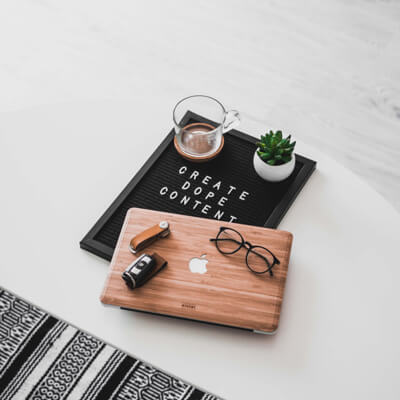 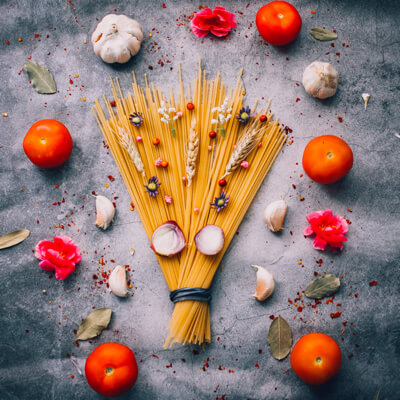 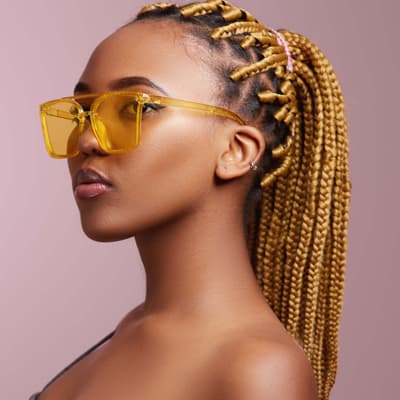 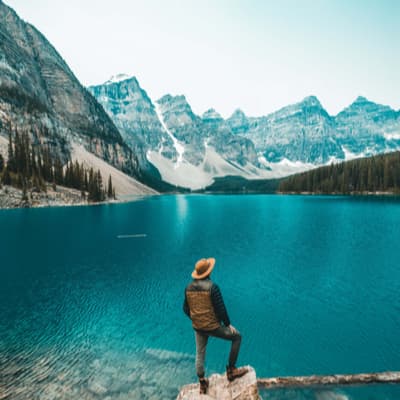